On November 13, terrorists struck again in the world’s City of Lights. On December 2, it was San Barnardino, in California, USA. Then Yemen. Then London, the Lufthansa flight and where next?

While nations mourn, a well-rehearsed machinery emits enlightened warnings against an uncontrolled backlash, padded by reminders that the situation, being the pre-meditated creation of US-led imperialism, implicitly mitigates terrorist acts. President Obama has made a measured speech against any backlash against American Muslims, unusually broadcast from the Oval Office.

Yet, pictures of the victims with captions such as “While the world media is focused on Paris attack, atrocities continue in Palestine” gloat with impunity to imply that the victims of terrorism have received their just deserts.

And the semantic battle over the use of the signifier Islamic as an attribute renews its vigor.

To grasp the polemics enshrouding the signifier Islamic requires an understanding of the overlapping concepts of Sha’b and Ummah.

Sha’b refers to a nation with a common ancestry or geography, making Chinese, Pakistani or Saudi Muslims distinct entities subject to the constraints, privileges and obligations of their nation-states. No single state can share in the accomplishment or failings of another.

Ummah is a synonym for ummat al-Islamiyah, which means Islamic state as opposed to the nation state, or the transnational collectivity of Islamic peoples. Triumph, failure and tragedy are equally shared by individual and collective components. In practice, the concept of Ummah, enshrines the civilizational accomplishments of Muslim peoples and subordinates that of Sha’b, transiting from Muslim to Islamic.

Islamic being what pertains to Islam, Mirriam-Webster  defines it as “the religious faith of Muslims including belief in Allah as the sole deity and in Muhammad as his prophet; the civilization erected upon Islamic faith.”

Thus, if it is commonly accepted that a great civilization inspired by the Islamic religion may be called ‘Islamic’, when it goes into decline, it does not become un-Islamic.

Islam is a noun for a belief system, and its followers are identified by the noun Muslim. When a person is referred to as a Muslim, the degree to which he is one, is irrelevant as it cannot be judged off-hand. The status of Muslim is immeasurable for non-Muslims and if a person declares he is Muslim, can only be challenged by competent Muslim authority. The signifier Islamic lends itself to measurement due to its liberal use by Muslims with reference to their past.

A person is only referred to as Islamic by the ignorant, unless it is “Islamic peoples”.

Islamic usually qualifies an event, situation, object or act. The acts may be flattering or prejudicial to Islam itself. Thus, there are Islamic conferences, Islamic prosperity, Islamic education, Islamic art or Islamic charity.

Among acts, the achievement of one Muslim nation is claimed by all.

Therefore Muslims and non-Muslims have conjointly referred to the Islamic conquest of Spain, as a continuum of Islamic for science, medicine, education, art and charity.

Thus, the Umayyads, who acquired Spanish real estate, hailed from Mecca were ethnic South Arabians and on the jus sanguinis principle, Saudis even though Saudi Arabia did not exist at that time. Going by jus soli, their seat of government being in Syria, it would be more appropriate to call it a Syrian conquest.

Although the term would exclude Muslims from Kabul to Kashgar, it would also secure them against charges of invasion and colonization in a democratic era of apologies. Whatever the case, Muslims themselves, especially during the decline of the power of Muslim states overtaken by the Enlightenment, have been compensating for their sunset by deflecting focus on bygone Islamic art, architecture, literature and medicine.

Muslims have been able to achieve this semantic and soft-power victory in tolerant western democracies evidenced in the Islamic art shows, galleries, centers etc., and volumes of cut and paste jobs by keen academics!

While mainstream, enlightened Muslims struggle to compensate for the failure of the Ottomans to provide Muslims with a renaissance, misguided Muslims, hoping to revive a Caliphate to reverse decline, have been able to recruit enough dispossessed souls living in misery to initiate acts of terrorism financed by decadent petrodollars seeking to trim western sails without dirtying their hands.

Since mindsets had been prepared to accept architecture as being Islamic because it was designed by a motley scattering of Muslims, terrorism by a few Muslims also acquired the signifier “Islamic” to qualify it. Calling it Islamist only makes a difference to the choir, since the root word remains unchanged.

The impressive resources deployed by Muslims in fighting this term and bickering over blame-shifting is an impressive resource waiting to be deployed against terrorism itself. Terrorism is neither the birth child of an Islamophobic conspiracy, nor a mere blowback of inept American policy, although the existence of both are a convenient umbrella for terrorists and their unwitting sympathizers. The term is a child of terrorist acts committed by lethally irresponsible fringe Muslims.

This pass-the-parcel received wisdom should wait until the mandatory chaleeswan forty-day mourning respected by Muslims is over. Jumping the gun on this issue is poor taste at the best, exulting at the worst, either or both of which may come to drench the gloaters with shame. 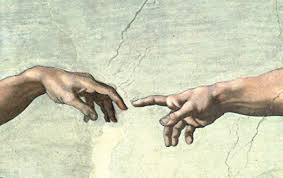