The Durga Vahini women’s movement limited to two districts of India is part of that nation’s latest three-hundred year old Hindu revival. The Canadian filmmaker Nisha Pahuja’s quest to make a documentary on this movement finally ended in success. Writing for the BBC, she raises questions but expresses no alarm at this movement, based on pride and history — The World Before Her https://www.youtube.com/watch?v=umjDyRaikqQ  and http://www.bbc.com/news/world-asia-india-29798148).

The more one studies India’s history, the more it eludes one’s grasp, retreating constantly into the mists of time in a tantalizing dance. This mother lode of all that is Indo-European can stake its claim on the basis of holding the archives. Other components of and claimants to Indo-European roots only have oral history on their side, but India has the Vedas – sacred documents dated from between 1800BC to 3000BC, or even earlier. 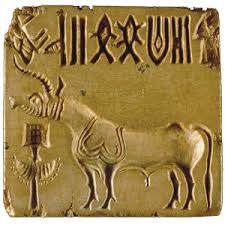 The total time span allotted to Indian history is so wide that were a subject called The Rise and Fall of Indian Civilization be introduced in academia, it would fall flat on its face. Indian civilization demands the plural, despite its continuing integral core. It expanded and receded several times, the components cohabiting comfortably with each other’s characteristics.

One of the most remarkable features of this civilization is its influence which stretched from Macedonia to the limits of East Asia without any evidence of hard power projection. India can bask in its status as a pioneer of Soft Power.

That finesse did not stop other civilizations from penetrating India’s refined screen to raid, loot and settle as minority rulers over much of its territory.

The last ones to do so failed to integrate, were unable to settle and had to leave sixty seven years ago, leaving behind a free press and the cherished structure of parliamentary democracy.

The sheer force and prestige of Nehru’s personality dragged India through its period of socialism, but since its heyday there has been a turnaround. The most positive result of that is the continuing economic growth and progressing health and literacy rates despite the population increase since 1947.

Famine, rife under the Mughals and the British, has disappeared.

India is coming back into its own.

On the flip side, some Indians, basking in their new-found independence, seem to be taking the occasion to show that they are not softies. That they aren’t is an opinion buoyed by the reputation of the Indian Army for efficiency, not to speak of its millennia-old battle record. Militant groups and movements appear to be challenging world-wide extremist obediences in a race for each to prove that they’re the toughest on the block.

The Durga Vahini just might end up being one such movement, the female equivalent of the Bajrang Dal and part of the Vishva Hindu Parishad. The stated purpose is to involve more women in a Hindu revival through physical, mental and knowledge development in order to involve them in social services.

Considering India’s population of 1.252 billion, there are only about 8000 women involved in Durga Vahini. The movement is more local than national and, in general, most Indian Hindus have no hang-ups about settling scores with remnants of erstwhile minority rulers. Shouldn’t have any, in principle. Not after the last Hindu revival.

In the 18th century, the Marathas, by becoming the pre-eminent power in India effectively eclipsed the effete Mughals of that time, engendering a Hindu revitalization that continues to grow in most desirably impressive directions. 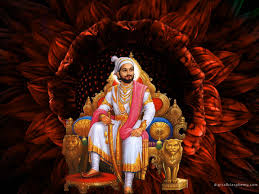 It is confidently hoped that this balance will be maintained in a world where perceptions and soft power have superseded the old hard power, as obsolete as a nuclear weapon!

The world’s soft power pioneer is no doubt aware of this.