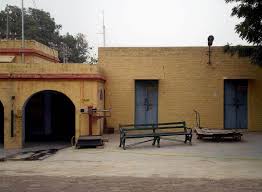 Two weeks before the Wada Din, Jesus’ birthday, our simple brick house was spick and span. Ma’an and me were supposed to do two things – decorate the house and make special Christmas desi. Not from just gur and kikar bark.

This desi that I still make on occasion beats the best wilayati, whether it’s Black Dog or some disgraceful angrezi animal of another color. Ma’an and me had put a big manji bed in the courtyard, in the corner that got the sun all day. We spread a cotton sheet on the ground and piled it with oranges.

I ran into the kitchen and came back with two knives.

In about half an hour, we had half filled the large, five-gallon clay matka with oranges in their skins sliced in half.

“Sugar, Ma’an,” I said, and he scooped up a cup and handed it to me, pure, mill made, white sugar.

“More,” and he continued handing it to me, till I had the right mixture – five seers of oranges to two and a half seers of sugar. Then I mixed whole spices – cloves, dried mint, coriander seeds, rose hips, cardamoms, cinnamon, pepper, and aniseed and added them for fragrance. To give it the added Wada Din kick, I poured in a few ounces of khas extract. Then we sealed the lid of the matka with freshly kneaded dough. We carried it carefully half an acre away from the house, where we had the compost heap and buried it securely, ready to gag by the end of it, but we made it!

A week before Wada Din Baba had brought in a load of the food specialties. Mostly expensive dry fruit, but a lot of fresh fruit and sweets and cakes. There were no dukhies in the baithak, and none were expected, but there would be important guests on the night before Wada Din. Other guests would drop in after the Wada Din church service. That was one day when Baba always attended Church.

It was the night before Wada Din. We were simple village folk, different from the city Christians who get a tree and spend a lot of money decorating it. We hung up crepe paper flags and tinsel decorations, made wreaths and crosses, got drunk, ate meat, and fought each other. Come morning, we’d work out the hangovers with sour lassi buttermilk. In those days, the government walas weren’t that bad, at least not during Wada Din celebrations. Those of us who weren’t blackias, just poor cultivators, or sharecroppers, weren’t stopped from burying a pa’anda pot or two, and if they got drunk and only fought among themselves and the injuries were just minor, the pulsias ignored it. But all that’s a long time back. Now there’s something dark, and dreary, and the whole land is being wasted by bigotry, with the joy in peoples’ veins just shriveling with fear.

It was late afternoon the day before Wada Din eve when I heard a bicycle tinkling its bell outside the dera wall. It was Padre Amrit Masih announcing his arrival.

I opened the door. The Padre was standing with a smile, bicycle propped up against the sukh chaen tree.

“Sala’am, Piaro puttar,” he replied with his hand over my head.

I took his bicycle, as was proper, raised it over the threshold and took it into the courtyard.

Be-ji came out of the kitchen, head covered, rubbing her hands, a shy smile on her face.

“Sala’am, mother of Piaro,” and the Padre put his hand over her head. Ma’an was behind Be-ji, and received the same blessing. Baba was out in the fields, and Ma’an ran off to get him.

“Haw hai, you don’t have to do that, I just ate something before coming,” the Padre said. He had the right manners.

“For the joy of our hearts,” Be-ji said.

We were just outside the door to the baithak when Baba got back, with Ma’an behind him. The Padre Sahib and Baba embraced, and Baba seated him in the center of the room, on the divan. I fluffed a bolster pillow behind him, and he looked pleased. Ma’an went out, probably to get the tea and halva as the Mussalies had left for the Padre’s home with the annual Christmas gifts of rice and grain. I sat down to listen.

“Some good, some bad. We’re going through hard times.”

“I heard of Choudhry Fazal Dad’s boy in T’hoke Sayyadan.”

So had I. It was Fazal Karim, the Sa’ai-hater from school, years ago.

“They say he actually did it. Isn’t that a little young?”

“Padre Sahib, kids who live in the country see stud animals at work.”

“Yes, that’s true. But to force a girl who only comes to clean the house and the latrines.”

“It’s been going on for centuries, Padre Sahib, and you know it. The untouchables may be touched for pleasure. For the rest of the time they may drown in their misery.”

Ma’an came in with a tray, covered by a cloth. He put it down on the table, and I got up to help him with the service.

“A man of God who brings blessings to this humble dwelling – and put a few more nuts and raisins on Padre Sahib’s halva, Piaraya!”

The halva was as rich as a visiting Padre’s should be, with k’haeo all around the edges of the dish. I didn’t just pick out more nuts and raisins, I also scooped up extra k’haeo and poured it over the Padre’s plate.

He sighed with pleasure when he saw it.

“May you live long, Piaro,” and I was pleased to get his blessing. Baba smiled. The Padre put a spoonful of the halva in his mouth, chewed, and then gave a big smile.

“Excellent, and generous, as always.”

We all enjoyed the first spoonfuls in silence, and then Ma’an served the tea

“I visited the girl’s family. The tragedy has shattered them, and they fear for their lives as well.”

“I went personally to see them,” Baba said quietly.

The Padre raised his eyebrows.

“Last night, at about two in the morning.”

So that’s where he’d gone. The sounds I’d heard hadn’t been a dream

“And?” Padre Amrit Masih heaped another spoonful of halva into his mouth. There was a ring of k’haeo around his lips.

“I swore them to silence. Gave them two thousand rupees and a revolver with fifty rounds.”

“But that’ll only get them killed as well!”

“No Padre Sahib, it’s only for self defense. Within the next four weeks, guides will come to take them away.”

“Where will they go?”

“Across, to India. There’s a Mission School in Jandiala Guru.”

“What’ll they do there?”

“Live as respectable untouchables. They’ll sweep floors and empty out shitpots without the fear of having their daughter raped, then murdered so she couldn’t be a witness.”

“Why did they commit such barbarism?”

“The boys are old enough to hear this. She was violated every day by Fazal and his father. When she became pregnant, they wanted her to get rid of the baby. She refused, and they got rid of her. Strangled her, then hacked her to pieces with a toka, threw the bits of her body in a field, and ploughed it over. Then spread rumors that she’d run away from home to be a prostitute in Lyallpur.”

“Since the Munawwara Sultana murder in Gujrat, it’s becoming a habit,” the Padre commented. “I’m very pleased you’ve taken care of the affair, and discreetly. You must watch your step. There are many eyes on you, much jealousy. May the Grace of Lord Jesus Christ always protect you.”

“I walk in silence, and try not to belch too loudly.”

The Padre nodded his head.

“I heard in the Bishop Sahib’s office that the higher councils of the Ulema are lobbying for a strict blasphemy law. Then they won’t have to kill and become fugitives. Two witnesses against a Christian will get his neck stretched.”

“Ma’an and I should have ripped his balls off at school, castrated him,” I said.

“Sorry, Padre Sahib-ji,” I said for blaspheming in a holy man’s presence.

“God has already forgiven you. Where d’you think Fazal is, Rehma?”

“Like every other fugitive, in the mountains of the Afghanistan frontier. He was getting quite religious. He’s in a Madrassa school, getting ready for a future jihad!”

“And the Maulvis accepted him after his heinous crime?”

“He demanded succor. By tradition, they have to grant it. He is obviously doing penance for his crime under the strict supervision of the Maulvis. He will obtain their forgiveness by diligence, and then join a Jihad. One day he will come back, and settle scores with us.”

And I’ll stuff his balls in his mouth, I said to myself.

Padre Amrit Masih talked a little while more, mainly about crops and the weather. When he was leaving, Baba said. “The Christmas gifts should have already been delivered.”

“I have no doubt. I shall keep a little and distribute the rest among the needy.”

The Padre left after saying a prayer and blessing the household. 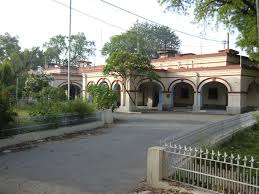 “Don’t be scared, go straight in through the gate, and ask for Issa Khan, the Chowkidar of the dak bangla. Tell him who you are, and ask if you can take a few flowers for Christmas. And – “ he added as we turned to go, “It’s still light, but take your kirpans and a hockey stick.” We weren’t old enough for firearms, and like a lot of Punjabis, carried hockey sticks – a great fighting weapon, and one the pulsias can’t nab you on!